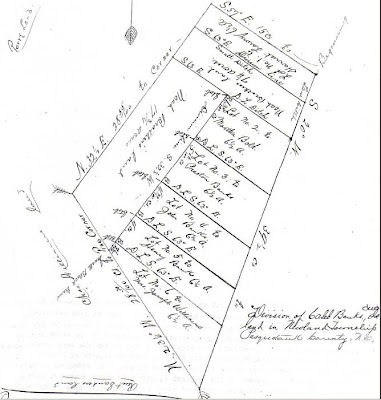 O.k. So, this morning, I’m following my friend’s advice and getting active on message boards.  I’m also, transcribing my horrible interview notes from my May 2009 interview with my 85 year old cousin on my Banks side of the family.  Lately, I’ve been so busy with work, that I haven’t even had a chance to think about genealogy let alone look anything up.  But, this morning, I was feeling productive.

So, I pulled out the notes and remembered that she (85 yr old cousin) gave me the name of possible slave owners of my Banks line.  HINTON.  She said that’s what her father told her.  Her father being the brother of my 2nd great grandmother and the son of Caleb Banks.  So, she’s a 1st hand source. An amazing 1st hand source I should add.

So, here I am on Ancestry.com remembering all the things I looked at before.  Such as on the 1870 census, living with Caleb Banks and his family, was a Matilda HINTON age 20.  She’s a black woman listed as a laborer.  I saw this before, but wasn’t sure what to make of it.

Another thing that I mentally filed away, was the fact that a few of the death certificates for my family stated the Hinton Burial Ground.  Now, maybe there’s an answer.  Maybe the reason why it statest he Hinton Burial Ground on death certificates is due to the Hintons were the slave owner.  Maybe these slave owners designated a portion of their property to bury slaves.

Also, 2 houses down, there is a George W. HINTON.  Going to the 1860 Slave Schedules, George HINTON owned 10 slaves, ranging in age from 4 to 45.  However, none of these ages match Caleb Banks or anyone else in his household…exactly.  But, we all know that the age of an ancestor gets changed over time.  So, I can’t exclude him as a possible slave owner for this reason.  Now, I have to research George Hinton to see what I can find.

Two houses down from George Hinton on the 1870 census, there is an E.L. Hinton.  E.L. Hinton owned 26 slaves.  As a matter of fact, various HINTONS owned a total of 73 slaves in Pasquotank county in 1860.  So, it appears that I need to concentrate my research on the Hintons in NC.

Another thing I have to do is find out how my ancestor, Caleb Banks, came to own the 39 acres of land above.  Upon his death, the land was divided among his children.  I wasn’t able to find a record of sale to Caleb Banks in the Pasquotank Register of Deeds office.  However, I was told that there should be one howing his ownership.

I don’t know who these people are. For some reason they were in the ‘family book’ my grand aunt made for the elders.

Now, in the family book we have a picture of Annie Hinton. It states she is the daughter of Henry and Hattie McPherson. I believe that Ruth and Annie maybe the same person. I don’t know who these people are and in my research, I haven’t been able to connect them to the tree. So, maybe they were close friends of the family but no one really knows.

I’ve contacted the Pasquotank Library for assistance on getting a better copy of the article.

Why are these people in the family book?

Maybe someone in cyberspace is looking for this tidbit of info.