It’s been a while since I’ve researched my family tree let alone write a blog post.  However, today I felt inspired to write something.  I keep this blog active in the off chance that someone outside of my known family will contact me to help me connect the dots.

I briefly wrote about Alfred Ferebee several years ago when I found a newspaper article about his murder.  It’s jarring to see your ancestors listed in the paper as murdered.  It’s also sad to know that, because of the era, the killer would most likely not be charged.

I took the time out yesterday to fully transcribe the article as well as add an additional article regarding this murder.   It was published in The Independent on December 28, 1923. The Independent was a newspaper for Elizabeth City, NC from Dec. 29, 1922-Sept. 4, 1936.

Mystery About this Killing Friday, December 28, 1923

No One Understands Why Alex Jones Killed This Harmless Negro Tenant.

END_OF_DOCUMENT_TOKEN_TO_BE_REPLACED

I know I’m late but I’m trying to catch up. But, a few weeks ago, other blogger began posting the surnames their researching. I believe Geneablogie was the first one (I got a Note from him on Facebook).

For those of you who don’t know, the surnames that I’m researching are listed on the right side. I try and tag my blogs with the surnames I’m writing about.

This is who I believe to be my 3rd great grand Uncle Alfred Ferebee. I believe that Alfred is the half brother of William Lowry, my 2nd great grandfather.

I found Alfred’s death certificate on Ancestry. It stated he was murdered. The wonderful people at Pasquotank Library were able to send me an article regarding his murder. This is from The Independent, Friday 28, 1923.

The wording is a little hard to read, but it says:

“No One Understands Why Alex Jones Killed This Harmless Negro Tenant”

More or less mystery surrounds the killing of Alfred Ferebee, a negro farm worker at the home of Alex Jones, a prominent Newland Township farmer on the Newland Road, about ten miles from Elizabeth City. Jones is held for a preliminary hearing Friday morning under a $25,000 bond.

Ferebee was brought to the Community Hospital in Elizabeth City last Thursday night in a semi-conscious condition as a result of a blow on his head. He was put under options and died Sunday afternoon without regaining consciousness or making a coherent statement. The autopsy revealed that he had been dealt a crushing blow on the left temple, the blow fracturing his skull from a point over the left eye to a point just behind the left ear. It was a blow that might have been struck from the side or from behind, but could not have been easily dealt face to face. Jones will plead self defense.

Wow! I can’t even believe it. I don’t know the outcome of the case against Alex Jones. But I will be looking into that when I go to Elizabeth City in August. It does go on to say.

Alfred Ferebee was one of the most dependable and respectful negroes in Newland township. He had lived at peace with his neighbors all his life according to reports gathered by this newspaper. For 21 years he had lived in a little tenant house on the grounds of the late W. Frank Williams. He stuck by Mr. Williams during his life time and when Mr. Williams died, Alfred stuck by the widow of his former employer, worked her lands and did many of her chores. He was not a robust negro and is said to have been a consumptive.

My next step is to order the marriage certificate for Alfred Ferebee and Nancy Griffin. I’m curious to see who he lists as his parents.

Another interesting thing I found about Alfred Ferebee is he and Nancy Spence had one child (that I know of) name Charlott Ferebee. I wasn’t even looking for her death certificate when I found it. But, here it is, Charlielottie Ferbee.

The interesting thing about the death certificate is the informant is W.M. Lowrey. This had to be my William Lowry! Not only was he the informant for Alfred Ferebee but for the daughter also?!?!

The puzzling thing is Alfred married Nancy Spence. However, she’s listed by the informant as Nancy Griffin. I will have to order the marriage certificate to be certain about the names. I found a death certificate for a Nancy Frisbee (common misspelling of Ferebee) that died in 1924. Her father is listed as C W Griffin and mother is Sarah Bouges. Everything seems to match, however, I’m not sure about the name.
Searching the marriage certificates for Nancy Griffin yielded a marriage for Nancy Griffin and Moses Spence. Perhaps, Moses died and Nancy remarried Alfred by 1902.

I found a Nancy Spence listed in the 1900 census, living alone and a widow. She’s listed as having given birth to 8 children but only 2 were living. Living next door was Caleb Griffin and his wife Sarah. Possibly the same C W Griffin listed on her death certificate. In their home is their grandson Ernest Spence. Maybe Nancy’s son.

By 1910, Nancy is married to Alfred and they have a 4 year old daughter named Charlott.

The next blog will be ‘AS PASQUOTANK TURNS’. You’ll see how we’re related to almost everyone (black person) in that county thru marriage or blood!.

I’ve had a hunch that this William and Ann Lowery on the 1880 census are related to me. I’ve said it before that I thought that William Barker listed in this census as a grandson is my 2nd great grandfather William Lowry. In addition, the 2 other grandsons, Issaac Boykin and Alfred Ferebee were half brothers to William Barker. I do know that William and Ann Lowery had a daughter named Martha Lowery. She later married James Howell. My thoughts were that she had 3 other children out of wedlock and left them with her parents when she married.

My next step is to find out if there is an article in the newspaper for 23 Dec 1923 that may list Alfred in it and what could have happened. Also, I’ll be ordering the marriage certificate for Alfred Ferebee and Nancy Spence from 1902. Hopefully, it will show who their parents are. What if Nancy Spence is also in my family?!?!?!?!

I’m just so excited that I could have found a half brother for my ancestor. Also, confirmed my suspicions about Martha Lowry and her children prior to marriage. 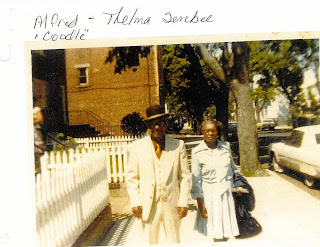 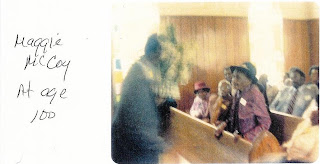 Today’s family profile is of Aaron Edward Spence. Based on his death certificate, he was born 29 September 1853 in Pasquotank County, NC. I suspect he was born into slavery considering that his parents, Enoch Spence and Susan Williams are not listed on the 1860 census. Nor is he or his parents listed on the 1870 census. Black folk shied away from government people in those days.

I believe that Aaron and his parents were owned by slave owner named Thomas B. Williams. Now this is a guess based on the fact that Susan’s last name was Williams and Thomas’s wife, Ellen, was the neighboring white family in 1880 when Enoch and Susan finally showed up on the census. It’s possible that the family remained serving the Williams family even after emancipation. I know that Thomas owned slaves in 1860. Enoch would have been abt 53 in 1860 and Susan would have been abt 47. I’m ordering the estate records from NC state archives to verify this.

I believe Aaron to have been the youngest of his siblings or the youngest living. By 1900 census, his mother Susan was living with him. She’s listed as 86 years old at the time. She’s also listed on the census as having 6 children and 4 living.

These are possible siblings that I have to research further. Excuse the roughness of this, these are my notes.

Aaron died in 1920 and Cora died 2 years later in 1922 in Pasquotank, NC. Their death certificates state that they were buried at Hinton BG. However, I haven’t been able to locate that. My grandmother said that it’s located further down on Mill Pond Road. The same road my grandmother and great grandmother has lived for years.

Off to do more research.